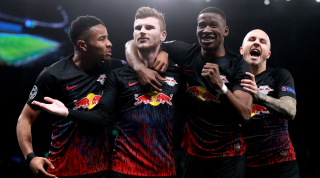 RB Leipzig are the most hated club in Germany.

Everyone knows that by now, and the reasons behind the phenomenon are pretty obvious. Bundesliga fans are proud of their history and traditions. For them, football must not only be played for the fans – it has to belong to the fans. The German FA even has a 50%+1 rule that requires that individual members – supporters, essentially – own the majority of the voting shares at every club.

So when a giant commercial company like Red Bull comes in and finds a way around those rules in order to establish a totally new club, in a move seen to be completely disregarding the sacred ethos, they are bound to be despised.

Red Bull don't invest in football just for the sake of it. Their takeover at Salzburg in 2005, when they took a proud traditional club, wiped out its history and rebranded it in the company colours, was atrocious behaviour. And they are challenging the historic order of German football, which has seen just 12 clubs win the title since 1963.

There is another way to look at it, though. There are a lot of positives to their project that should definitely be taken into account – and even applauded.

It may sound ridiculous, but there's reason to believe the age of £100m transfers is over

Red Bull's financial resources are huge, and – following their strategic decision to enter the football world – they could easily build a superclub by buying the top stars, just like Paris Saint-Germain or Manchester City do.

They have chosen a different path, by focussing investment on building a state-of-art academy and training centres, laying out a long term strategy that prioritises developing a specific style of football at all age levels, picking the most promising youth coaches, establishing an outstanding chain of scouts and recruiting little known talents who are gradually turning into stars at the club.

Some – like Liverpool's Naby Keita – are sold at a high price when it becomes impossible to hold on to them, but many stay for years, becoming club symbols. Take a look at their current squad, and the number of long-serving players is impressive to put it mildly.

Danish striker Yussuf Poulsen was signed in 2013 at the age of 19, when Leipzig were still in the third division. Right-back Lukas Klostermann was discovered at Bochum in 2014, aged 18. Austrian midfield dynamo Marcel Sabitzer joined in 2014, as a 20-year-old. Swedish playmaker Emil Forsberg stunned everyone in his country upon leaving champions Malmo for the second division club in January 2015 despite interest from much better-known suitors. The captain, Willi Orban, joined from Kaiserslautern in 2015. Left-back Marcel Halstenberg was discarded by Borussia Dortmund’s reserves, and joined in 2015 in order to help Leipzig on their way to a historic promotion to the Bundesliga.

All of them are still major players at the club, while Klostermann and Halstenberg became regulars for the Germany national team. They are perfectly suited to the energetic brand of football and is undeniably attractive to neutral football lovers. They are fast in transition, extremely attack-minded and love pressing high up the pitch. The best young coach in Germany, Julian Nagelsmann, was brought in last summer from Hoffenheim in order to make the team even better, and his ideas helped to turn Leipzig into serious title contenders.

The successful strategy, established by coach and sporting director Ralf Rangnick, who joined the project in 2012 – could even be good for the Bundesliga. Leipzig are not killing the competition like PSG in Ligue 1. On the contrary – they make the German league much more competitive, threatening the mighty ‘FC Hollywood’, Bayern Munich. The Bavarian giants might be a traditional club that follows that 50+1 rule, but their financial power and aggressive transfer tactics could turn them into eternal champions. That is less likely now thanks to Red Bull.

In addition, they are doing it in a region that couldn't enjoy top-level football without them. There were no clubs from former East Germany in the Bundesliga for a long time (Hertha are from west Berlin and Union Berlin were only promoted last summer) and most of them are languishing in lower divisions. Unlike in Salzburg, Red Bull took over at a tiny and insignificant fifth division club, SSV Markranstadt, and didn't really upset any local fans. On the contrary – they gave a football-loving city of 600,000 people a good team to follow. Older fans remember Lokomotive Leipzig facing Ajax in the Cup Winners' Cup final in 1987. Why should the younger generation of eastern Germans be denied that kind of team?

Now, with a 1-0 lead heading into the second leg of their tie against Tottenham, RB Leipzig are on the cusp of the Champions League quarter-finals and look like a true rising force of European football. Purists won't like the commercial aspects of that, but building a new club is not necessarily worse than taking over an existing club and killing its soul, whether it is done by foreign governments (like Qatar at PSG), American billionaires (like the Glazers at Manchester United) or Russian oligarchs (like Roman Abramovich at Chelsea). If you are somehow able to get accustomed to all of that, you can live in peace with Red Bull as well.

Their way of doing things is actually not that bad.