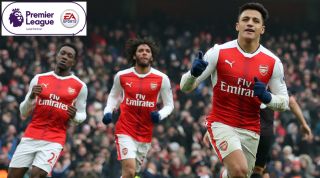 Tottenham's Christian Eriksen tops the charts for both assists and chances created in the Premier League this season.

Spurs' midfield Dane has carved out 78 opportunities and laid on 10 goals for his team-mates in Mauricio Pochettino's second-placed side, according to data provided by EA Sports.

Interestingly, however, Eriksen has only just climbed to the top of the charts for chances created – until Spurs' last game against Everton, where he created four opportunities, ex-West Ham trickster Dimitri Payet still led the way despite last playing for the Hammers on January 2 and leaving for Marseille at the end of the month.

Swansea's Gylfi Sigurdsson has enjoyed another impressive campaign in a struggling side, having also plundered eight goals to accompany his joint-league-high 10 assists.

Premier League top scorers Liverpool are represented by Roberto Firmino in the top 10 for chances created, but the Reds have shared the burden; interestingly, three of his team-mates have actually racked up more assists this term – Adam Lallana (7), Philippe Coutinho and Sadio Mane (both 5) – while two more are level (Georginio Wijnaldum, Jordan Henderson).

Table-toppers Chelsea offer up a similar story – while Eden Hazard has laid on 53 chances, four of his team-mates have more assists to their name: Cesc Fabregas, Pedro (both 7), Nemanja Matic (6) and Diego Costa (5). Arsenal's Alexis Sanchez is by far and away the Gunners' top assister this term, meanwhile, with his nine being five more than any of his team-mates have mustered.

Manchester United, languishing sixth in the Premier League table, are also placed there for goals scored this season. Perhaps unsurprisingly, that leaves them with nobody to call theirs in this list. Someone pass us that violin.

Data courtesy of EA SPORTS, the lead partner of the Premier League.