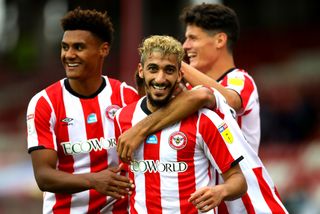 On Wednesday morning, alarms across the country will go off and Championship fans will wake up with those old feelings of hope, anxiety, terror and excitement that only the final day of the season can bring.

Wednesday evening is the unusual timeslot for the second tier's culmination, with 7.30pm kick-offs across the board and two games, West Brom v QPR and Brentford v Barnsley, televised on Sky Sports.

It’s been a gruelling slog to get here for many Championship fans, made all the more gruelling by a global pandemic which prolonged the season by two months. Leeds United, crowned Champions at long last but at one stage forced to pray the season would be finished at all, are the only club who can’t be shifted on the final day. Others can still move as much as seven places in the table. There is still plenty left to resolve. Here, we break it all down for you.

We know Leeds are returning to the Premier League for the first time since they were relegated in the 2003/04 season, but who will be joining them there?

West Brom had been favourites throughout much of the campaign. The Baggies spent 24 gameweeks at the top of the table throughout this season, more than any other side, but now look at risk of tumbling out of the automatic places on the final day.

Slaven Bilic’s side were done an enormous favour by Stoke last weekend. The Potters’ 1-0 win over third-placed Brentford ended the Bees’ run of eight straight victories and ensured automatic promotion remains in West Brom’s hands. A win at home to QPR will see them join Leeds in the promised land regardless of what happens elsewhere. Lose, however and Brentford - who face second bottom Barnsley - or Fulham - who travel to Wigan - can snatch their place.

As ever, the battle for play-off places provides the biggest entertainment. Ludicrously, with a single game left, not one club is guaranteed a place in the contest. Second, third or fourth could still go up automatically, while fifth or sixth could drop out and be replaced by seventh-placed Swansea. If things ended as they are now, Brentford would play sixth-placed Cardiff, while Fulham take on fifth-placed Forest, but you can expect some twists and turns on the final day.

The order is also crucial, of course, and there is room to a maneuver on all fronts. It’s safe to say, despite the potentially catastrophic hiccup against Stoke, no team will fancy playing Brentford in the semis. They have the squad and momentum to hurt teams, and many neutrals would love to see them in the Premier League for the first time ever next season.

The race for the golden boot sees Aleksandar Mitrovic of Fulham and Ollie Watkins of Brentford go head-to-head on the final day of the campaign. The big Serb is on 26 for the season, with Watkins just one behind. Their respective clubs are rubbing shoulders in the hunt for automatic promotion, so both will be fully motivated to put the ball in the net.

Should they end neck and neck, Mitro would pip the Englishman to the crown on account of having a superior minutes to goal ratio. The 25-year old has scored once every 135 minutes, while Watkins is on a goal every 165.

The EFL’s announcement that Wigan would be deducted 12 points at the end of the season - after becoming the first English club to go into administration during lockdown - puts the Latics in a very precarious position.

Currently sitting in 13th, precisely 12 points above the drop zone, their final game of the season is essentially their own play-off final to stay in the division. They welcome Fulham to the DW Stadium knowing a win will guarantee their safety for another season. Their 8-0 spanking of Hull City earlier this month means their goal difference is a very healthy +1, vastly superior to third-bottom Luton Town’s, and fourth-bottom Charlton’s, who are level on points with the Hatters.

Should Wigan fail to beat the west Londoner’s however, that 12-point deduction could be fatal.

With Wigan’s position, it becomes a six-team scramble for survival.

And that's not including two teams that can still mathematically be relegated.

Bottom-placed Hull haven’t been factored in, as they’d need a 16-goal swing as well as three points to leapfrog fourth-bottom Charlton. Eighteenth-placed Huddersfield, meanwhile, can technically go down but are surely protected by their 14-goal advantage over Luton.

That means two of Barnsley, Luton, Charlton, Birmingham, Middlesbrough and Wigan should go down with Hull. The favourites have to be second-bottom Barnsley, who need a win away to promotion-chasing Brentford to have any chance, and Charlton, who travel to league champions Leeds.

Luton, who have been in the drop zone for almost the entire season, may fancy their chances of surviving, with a draw at home to mid-table Blackburn potentially being enough to seal their survival.

It’s all to play for on the final day.