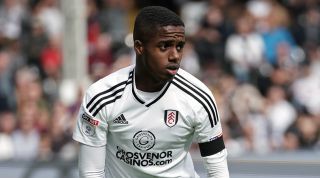 Fulham's 17-year-old sensation Ryan Sessegnon, who continues to be linked with Tottenham, scored twice in west London as the hosts ruthlessly dispatched Mick McCarthy's outfit on a wet and windy Tuesday night.

Ipswich went down to 10 men early in the second half when Jordan Spence barged Aboubakar 'AK47' Kamara in an off-the-ball incident.

Kamara, who came off the bench to score twice against Hull on Saturday, completed Fulham's emphatic comeback by slotting home Sessegnon's cross from close range in the 76th minute.