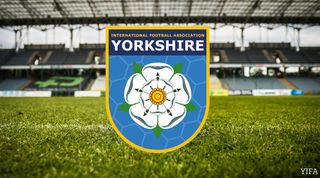 The Football Association, which was formed in July, have created their own national team which will play against other teams who have not received approval from FIFA.

Such national sides included in that bracket are Tibet, Darfur, Greenland and Zanzibar.

Yorkshire's first fixture will be against the Isle of Man's notional national team, Ellan Vannin. Therefore, the Yorkshire FA are running trials this weekend to get a team together for the match set for late January.

The main criteria to enter the trials? That you originate from Yorkshire.

"If Lionel Messi's mum was born in Barnsley we will be happy to take a look at him, but otherwise we are just looking for those born in Yorkshire," YIFA chairman Phil Hegarty jokingly told BBC Sport.

"The sort of football they will be playing will be proper Yorkshire football, not Premier League football. We don't want people diving on the floor and shouting at the referee. In our constitution, that is a disciplinary matter.

"We have had a lot of interest from amateur level to National League. We are getting some really quality applications in."

CONIFA, who represents national sides unable to join FIFA, said they are considering Yorkshire's application to compete for a place in their World Football Cup. Excellent.

Let's not forget Qatar, who are hosting the 2022 FIFA World Cup, is roughly the same size as Yorkshire.