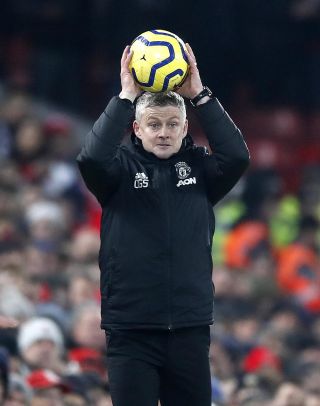 Liverpool extended their lead at the top of the Premier League to 16 points – with a game in hand – as they edge ever closer to a first title in 30 years.

At the other end of the table, the fight for top flight survival remains tight with just six points separating Southampton in 13th place from Aston Villa – who currently occupy the final relegation spot.

The pitchside monitor does exist!

Norwich’s 1-0 win over fellow strugglers Bournemouth featured the Premier League’s first pitchside VAR review. Referee Paul Tierney, who had already sent off Cherries defender Steve Cook in the first half, consulted his monitor in the second before upgrading Ben Godfrey’s yellow card to a red.

The Professional Game Match Officials Limited, the body that manages elite referees, issued the guidance to use pitchside screens ahead of this weekend’s matches following criticism of the system.

Time to admit it is over

After both Manchester City and Leicester dropped points this weekend, Liverpool once again showed that they are the only team in the Premier League capable of producing title-winning consistency.

Jurgen Klopp’s side are 16 points clear at the top of the table with 16 games to go. They are going to win the title for the first time since 1990, even if everybody around the club is reluctant to admit it.

However, the fans at Anfield appear ready to embrace it after many belted out a chorus of “We’re going to win the league” following Mo Salah’s injury time strike to seal a 2-0 win against Manchester United.

Van Dijk strike has United in a corner

The ease with which Virgil Van Dijk wandered through the penalty area unchallenged and climbed to plant his header into the net for Liverpool’s opening goal must have been worrying for United boss Ole Gunnar Solskjaer.

Although, it is not as if it is the first time it has happened. The Dutchman’s strike made it eight goals conceded from corners for United this season – no team has a worse record in the Premier League.

There is much that requires improvement at United but their susceptibility to routine crosses is a fairly basic concern which should have been addressed long before now.

Tottenham’s goals have dried up alarmingly since Harry Kane limped off at Southampton on New Year’s Day. Jose Mourinho’s side have gone 195 minutes in the Premier League without scoring following their 0-0 draw at Watford on Saturday.

Spurs have failed to hit the back of the net in their past three games despite mustering a combined total of 41 shots.

The absence of the injured Kane, who may miss the remainder of the season, could see the north London club miss out on the Champions League for the first time in five seasons as they now find themselves eight points behind fourth-placed Chelsea.

Signs of a reinvigorated Ozil

Arsenal boss Mikel Arteta has wasted little time in reinstating Mesut Ozil to the starting XI. The German has been a regular during the last few games and is beginning to play with a swagger again.

Ozil is still some way off his best and doubts remain about his future, but there are promising signs. His link-up play with Alexandre Lacazette in the build-up to Gabriel Martinelli’s goal against Sheffield United was particularly impressive.

The hope will be that the 31-year-old maintains his run of form – something he has not managed for a considerable length of time.