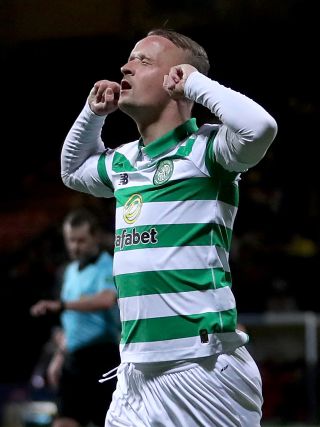 There were few shocks in the fourth round of the William Hill Scottish Cup with Scotland’s bigger clubs all in the draw, although Dundee United and Hibernian will meet again in a replay.

Here are five things we learnt from the weekend’s action.

With the 12 top-flight teams unusually avoiding each other in the draw, there was more scope than usual for some upsets. But Ross County were the only team to fall, losing 1-0 against Ayr, one of their main challengers for last season’s Championship title. Dundee United can still strike a blow for the lower leagues after taking Hibernian to a replay but the likes of Hearts, Motherwell, Hamilton and Kilmarnock recorded emphatic wins.

Ibrox understudies George Edmundson, Andy Halliday and Jordan Jones were each given a rare start during Friday’s clash with Stranraer but none took the opportunity to show Gerrard they should be involved more regularly during Rangers’ 2-0 win. Instead it was debutant Nathan Patterson and Kai Kennedy – who made his first-team bow off the bench – who showed up brightest. It is now up to Gerrard to decide whether the teenagers – 18 and 17 respectively – are ready to replace his current second string.

Saturday’s meeting of Scotland’s two oldest clubs was Queen’s Park’s first game since they ended 152 years of Corinthian tradition by joining the professional ranks. But the defending from Ray McKinnon’s team as they slumped 6-0 to Kilmarnock was straight from the amateur era and veteran Rugby Park winger Burke took full advantage to set up all six goals. Stuart Findlay twice benefited from the 36-year-old’s pin-point crossing as he bagged a double while Alex Bruce, Greg Kiltie, Nicke Kabamba and Connor Johnson were also teed up.

Hearts have a platform

Daniel Stendel enjoyed his first win as manager and the club’s first in 10 games as they saw off Airdrie 5-0. There are far more difficult challenges to come but the manner of the victory against the League One promotion hopefuls was a rare piece of positive news at Tynecastle.

Leigh Griffiths is far from finished

The striker insisted that was the case after netting in Celtic’s 2-1 win over Partick Thistle, his first goal since August. The forward put his fingers to his ears after scoring in a show that he was not listening to the doubters who claimed his days at Parkhead were numbered following the signing of Patryk Klimala.