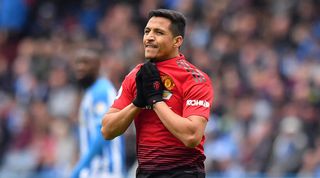 Alexis Sanchez is set to leave Manchester United before the European transfer window closes on September 2, according to the Daily Mirror.

Juventus, Milan, Inter and Napoli are all interested in bringing the former Udinese star back to Serie A.

Sanchez has endured a difficult 19 months at Old Trafford after moving from Arsenal in January 2018.

Ole Gunnar Solskjaer has not included the Chile international in his plans for the season ahead, paving the way for his departure.

Sanchez is now back in training at United following his involvement in the Copa America this summer.

However, the Red Devils expect the forward to seal a move away in the coming weeks.

10 superb stand-ins who came in and shone unexpectedly