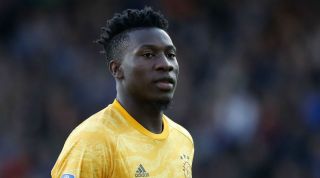 According to the Independent, United are unlikley to spend the huge amount of money that Oblak would cost them.

The Slovenian stopper would cost an estimated £100million.

Onana, on the other hand, is believed to be available at around £40million.

At 23-years-old, Onana would also offer United longevity in the goalkeeping department.

It is reported that Barcelona, who need to raise funds this summer, have also offered up Jasper Cillesen.

Any of the aforementioned deals would depend on David De Gea, who has one year left on his current contract.

His situation has attracted interest from Juventus and Paris Saint-Germain and a tempting offer from either could force United to sell.

9 bold transfer predictions that will DEFINITELY happen this summer