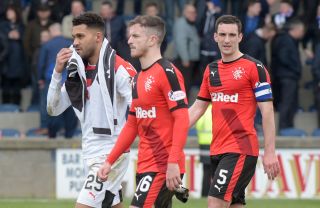 Andy Halliday, Wes Foderingham and Jon Flanagan are among the players leaving Rangers at the end of their contracts.

The Light Blues announced the news just one day after the Ladbrokes Premiership season was ended with Old Firm rivals Celtic claiming a ninth consecutive title.

Defender Halliday and goalkeeper Foderingham spent five years at Ibrox, helping the club return to the top-flight and reach the Scottish Cup final in 2016.

Former Liverpool defender Flanagan made 39 appearances for Rangers during a two-year spell in Scotland.

#RangersFC can confirm that Andy Halliday, Jon Flanagan and Wes Foderingham will depart from Ibrox upon expiry of their permanent contracts.— Rangers Football Club (@RangersFC) May 19, 2020

Jason Holt, Jordan Rossiter and Jak Alnwick, all on loan during the season, will also depart the club.

Rangers boss Steven Gerrard told the club’s official website: “I want to recognise the contribution of the players who are leaving our squad at the end of this season.

“There is a lot more that people contribute to, away from the fixtures each weekend and I commend each of the departing players for what they have given to us day in and day out.

“Work continues on a daily basis in planning and preparation for next season.”