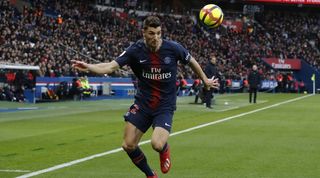 The right-back is entering the final year of his contract with the Ligue 1 champions and has been heavily linked with a summer departure.

United and Arsenal have both shown interest in the 27-year-old, who is valued at around €25 million.

However, Meunier poured cold water on speculation about a move by insisting he is ready to commit to the French champions.

“I want to stay,” he told VTM Nieuws.

“We have been talking about a contract extension for a while, but there’s no offer on the table anymore.

“I’m ready to stay in Paris. Everybody knows.”

The former Club Brugge defender, who impressed for Belgium at last summer’s World Cup, scored five goals in 31 appearances for PSG in all competitions this season.