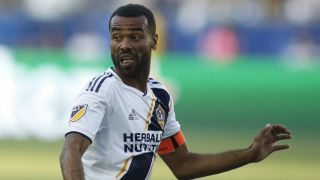 England and Chelsea great Ashley Cole has linked up with his former team-mate Frank Lampard by joining Derby County until the end of the season.

Cole had been playing in Major League Soccer in the United States until his LA Galaxy contract expired at the end of last year.

The 38-year-old left-back has enjoyed a distinguished career at the very top in football, spending his best years with Arsenal and Chelsea, winning three Premier League titles, seven FA Cups and one Champions League.

He is also the sixth most-capped England international of all time, having played 107 times for his country between 2001 and 2014.

Lampard played alongside him for many years with Chelsea and England, and is convinced Cole's professionalism will make him a fine addition at Derby until the end of the season, as they push for promotion to the Premier League.

"Ashley Cole is a great professional and a great lad," Lampard said. "He is very fit and fresh and wants to continue to play.

"I know the player he is, the professional he is and the influence he has. In my opinion, he is the greatest left-back of a generation and up there in world football for sure.

"In terms of a player in an England shirt at left-back, I've played with him and I've seen him deal with the best players in the world at big tournaments.

"The best players take risks. They have a confidence, hunger and burning desire to get the most out of themselves in different circumstances. Ashley Cole is a player that will leave everything on the pitch."

Looking forward to the new challenge ahead with @dcfcofficialpic.twitter.com/XFjcFWE8Yw— Ashley Cole (@TheRealAC3) January 21, 2019