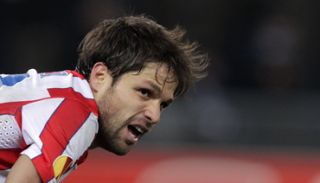 "We are negotiating but we don't have an economic agreement yet," Cerezo told Spanish broadcaster Canal Plus.

The 28-year-old former Juventus and Werder Bremen midfielder spent the 2011/12 season on loan at Atletico helping them to win the Europa League when he scored in their 3-0 final victory over compatriots Athletic Bilbao.

Atletico are assured of automatic qualification for next season's Champions League group stage after securing third place in La Liga and face Real Madrid in the King's Cup final on Friday.