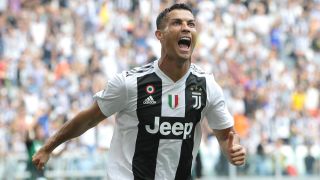 Manchester United goalkeeper David de Gea appears to have missed out on a place on the 30-man shortlist for the 2018 Ballon d'Or.

The Spain international, who was named in the FIFA FIFPro World 11 last month, has not been included in the latest group of five nominees for France Football's individual prize.

Courtois is included after a season in which he won the FA Cup with Chelsea and came third at the World Cup with Belgium - winning the Golden Glove - before he moved to Real Madrid.

Ronaldo, now at Juventus, won the Champions League for the third season in a row with Madrid, while De Bruyne inspired Manchester City's Premier League and EFL Cup double before a strong World Cup showing.

Firmino is nominated despite Liverpool failing to win a trophy last term and Brazil reaching only the World Cup quarter-finals, while Godin gets the nod following Atletico Madrid's victories in the Europa League and UEFA Super Cup.