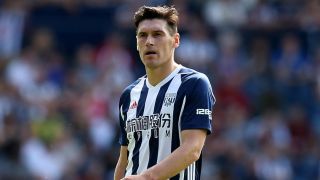 The 36-year-old moved level with Giggs during last Saturday's meeting with West Ham at The Hawthorns and will now be out in front, with his outing at the Emirates taking him to 633 Premier League games.

Barry, formerly of Aston Villa, Manchester City and Everton, set another record of his own against the Hammers, as he became the first player to start 600 Premier League matches.

The ex-England international played his first top-flight game in May 1998 for Villa and looks set for many more, having made a strong start to life at West Brom.

Our starting XI for the clash with at the Emirates Stadium...September 25, 2017