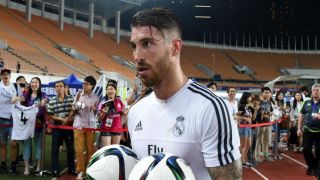 Ramos has been heavily linked with a move away from the Santiago Bernabeu during the close-season, with Manchester United reported to be keen on luring him to England.

Some reports suggested Ramos was open to a move to Old Trafford due to his apparently poor relationship with Perez, but head coach Benitez believes progress is being made in retaining the Spain defender's services.

"I spoke with the president at dinner on Sunday and he told me that he was going to talk to Ramos," Benitez said after Real's 3-0 International Champions Cup win over Inter on Monday.

"I asked them both [about the meeting] and both were optimistic, so we'll see what happens."