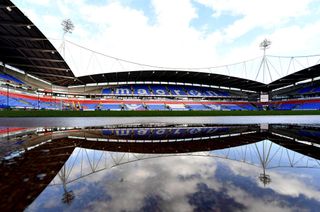 Bolton have been given more time to sort out their financial affairs by a judge at an Insolvency and Companies Court hearing in London on Wednesday.

Judge Clive Jones adjourned an application to wind up Bolton shortly after their chairman Ken Anderson announced he would be forced to place the club in administration.

The judge heard that Bolton, relegated from the Sky Bet Championship, owe the taxman more than £1million.

📰 A note from the Chairman. Ken Anderson addresses the club's supporters in his latest column on https://t.co/oVVl0dtnLo.— Bolton Wanderers FC (@OfficialBWFC) May 8, 2019

A lawyer representing tax officials said Bolton had given notice of an intention to appoint an administrator and the judge said he would adjourn to seek confirmation. He added the case would be reconsidered on May 22.

Anderson earlier said he had been left with no choice other than to place the club in administration after the proposed takeover by Laurence Bassini failed to materialise due to the former Watford owner’s failure to provide proof of funding.

The Bolton chairman said in a statement on the club’s website: “Mr Bassini, regrettably his continued time wasting and empty promises have caused a great deal of heartache and frustration for the staff and supporters alike and now leave the Eddie Davies Trust and I with little or no choice other than for one of us to place the businesses into administration, as any likelihood of finding any resolution (in) the High Court hearing (is) not possible.”

“This had been a massive disappointment to me as I understand the serious implications administration will bring to the businesses. But I have been left with no alternative, as this course of action will preserve the football club and all of its proud history.”

Bolton, relegated to Sky Bet League One, were granted a second stay of execution by the High Court earlier this month.

Wanderers faced a winding-up petition on April 3 over an unpaid tax bill but the case was adjourned until May 8 to allow the proposed sale of the club to proceed.

It was the sixth time in the last 18 months that Bolton have faced a winding-up order. The latest one was issued in February by HMRC over debts of £1.2million.

Wanderers and the English Football League announced last Friday that Bolton Council’s Safety Advisory Group had issued a prohibition notice preventing that contest from taking place and that it would not be played at a future date.

Brentford were awarded three points on the basis of a 1-0 win, which moved them up from 15th to 12th in the table.