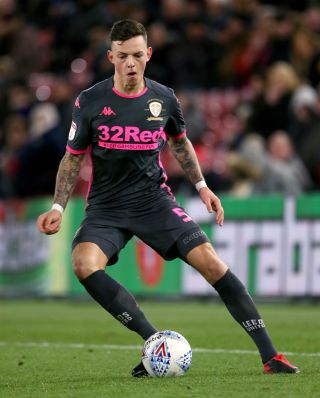 Leeds defender Ben White has steeled his side for “the last push” towards the Premier League.

Marcelo Bielsa’s side were a point clear at the top of the Championship when football was paused in March and have nine games to secure their long-awaited return to the top-flight.

And White, who will be there for the duration of the run-in having extended his loan from Brighton to the end of the season, is confident everything is in place.

Speaking ahead of Sunday’s trip to Cardiff, White told LUTV: “We all believe and we know what we can do.

“This is the last bit and the last push, we’ve given everything to get into the position we are and we don’t want to let it go now.

“It’s going to be tough, but I think all of the work we’ve put in over the season is going to build us to do well. We need to tick off each game as it comes and get three points in every game.”

As well as White, Leeds know they can also rely on a quartet of players who have agreed to stay for the conclusion of the campaign.

Defender Gaetano Berardi has signed a contract extension to cover the extended period, as has winger Helder Costa, while the loans on Jack Harrison and Illan Meslier have also been stretched.

The Bluebirds have plenty to play for too, lying two points outside the play-off spots heading into hiatus.

Captain Sean Morrison hopes the return of competitive football can provide a wider good as well as settling matters on the field.

“We’re lucky in what we do that we’ve been able to get back to training in the last few weeks ahead of the games this weekend,” he said.

“People have gone through tough times and hopefully football being back on the TV will bring that little bit of joy to people’s lives.

“We’re just really looking forward to getting back out there on Sunday. If we want to make the top six, we’ll have to attack every game like it’s our last.”