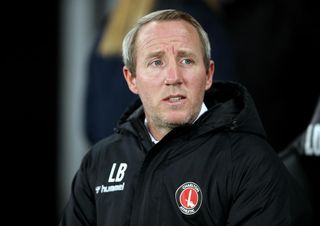 Bowyer, 43, who guided the Addicks to promotion last season, has extended his stay at the Valley until the summer of 2023.

“I’m delighted,” Bowyer told the club’s official website. “It’s something I’ve been looking forward to getting done and it’s been a long while coming.

“The most important thing now is that the club can start building and moving forward.

“This is a good club with great tradition. We have great fans, I have great staff around me and I’ve got players that give me everything, so everything to do with this club is positive.

“Now the new owners have come in and we’re going to have some funds. It’s all a manager wants – good people around you who want to win and go forwards.”

Bowyer, who began his playing career at Charlton, took charge as caretaker manager in March 2018 after Karl Robinson had been sacked.

He was appointed permanent boss the following September until the end of the 2018-19 season. And after winning promotion via the League One play-offs, he signed a one-year contract extension.

That deal was completed just one day after the club had announced Bowyer had turned down the contract offer.

Charlton, who were unbeaten in their first six Championship matches this season, have won only one of their last 16 league games and are currently 19th in the table – five points above the relegation zone.