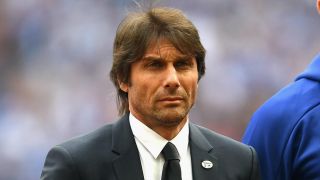 Antonio Conte wants Chelsea to be "very cold" when they analyse their "incredible" season that ended on the sour note of FA Cup final defeat to Arsenal.

Conte's Premier League champions were strong favourites to complete the double as his opposite number Arsene Wenger grappled with a defensive injury crisis before the contest, but Arsenal tore into their rivals from the opening whistle.

Arsenal were unfortunate not to hold a more authoritative lead than 1-0 at half-time after a scintillating showing, even allowing for questions over handball and offside associated with Alexis Sanchez's fourth-minute opener.

Chelsea improved after the break and equalised through Diego Costa despite having Victor Moses sent off, although Arsenal hit back instantly and Aaron Ramsey netted the winner – as he did in the 2014 final against Hull City.

The element of weariness in the Chelsea display did not bode well for next term, when they will once again have the additional commitment of Champions League football.

Although Conte conceded there is a need to strengthen his title-winning squad, he urged those present at a post-match news conference to judge the Wembley reverse with due perspective.

"I think that now the most important thing is to give a correct evaluation of our season," he said.

"For me, this season was incredible for us. Every single player performed at 120, 130 per cent in every single game. We didn't have injuries.

"We must be very cold to analyse the situation and to understand that this season we did something great with the players. Very important."

Asked whether the memory of a punishing loss might have a negative impact on Chelsea's Premier League defence, Conte was quick to point towards the paucity of the situation he inherited at Stamford Bridge less than a year ago.

"If I have to be worried because in the mind of my players remains this defeat, I think when we stated the season after a 10th place [in 2015-16]…. I think that my players were distracted," he added.

"This season, remember, was a great season for us. To win in this way with the 30 wins [in the Premier League] and arrive in the final of the FA Cup, without a big squad but a normal [sized] squad.

"I think this was incredible and I don't think this defeat will remain with my players."