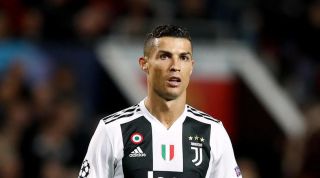 Juventus striker Cristiano Ronaldo has revealed that he could hang up his boots as early as next year.

The 34-year-old has enjoyed a glittering career, winning a joint-record five Ballon d'Ors as well as multiple trophies in England, Spain and Italy.

The former Manchester United and Real Madrid forward is also the top scorer in Champions League history with 126 goals.

However, Ronaldo has revealed that he doesn't know when he will call time on his playing career.

“What I need are attractive projects and Juve’s is one of them. I’ve always liked this team, they’re the best in Italy and one of the best in the world.

“They’ve always fought to establish themselves in Europe. And after winning in England and Spain, I also won in Italy and I’m happy to be here.

“I was worse in defeat a few years ago. If I lost, sometimes I didn’t have dinner, I’d go into a room and left the next day.

“With maturity, I learned that the most important thing in life wasn’t football. Obviously you have to be focused, because it’s your job, but you can also disconnect from it.

“I could end my career next year, but I could also play until I’m 40, 41 years old. I don’t know, but what I always say is that you have to enjoy the moment. The present is excellent and I must enjoy it."

Juventus begin their Serie A title defence when they face Parma on Saturday.