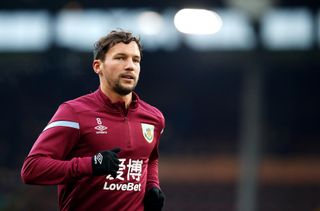 Danny Drinkwater has joined Aston Villa on loan from Chelsea for the rest of the season, the Villa Park club have announced.

Drinkwater had travelled to Villa’s Bodymoor Heath training ground on Tuesday morning to undergo a medical prior to the move.

Villa boss Dean Smith said: “Danny was a key member of Leicester City’s title-winning team and has represented England, so he is a vastly experienced player.

“He will strengthen our squad significantly.”

Danny Drinkwater has joined Aston Villa on loan until the end of the season! 🙌#AVFC@eToro— Aston Villa (@AVFCOfficial) January 7, 2020

Villa had been seeking midfield reinforcements after John McGinn was ruled out for three months with an ankle injury.

Drinkwater is seeking a fresh start after a frustrating period in his career.

The 29-year-old midfielder spent the first half of the campaign on loan at Burnley, but struggled to make an impression in Sean Dyche’s side, limited to just one appearance in the Premier League and two overall.

Drinkwater was sidelined for a stint earlier in the campaign after suffering ankle ligament damage in September during an incident at a Manchester nightclub.

The Manchester United academy product was part of Leicester’s Premier League-winning side in 2016, and moved to Chelsea in a £35million deal a year later.

However, the three-times capped England midfielder failed to nail down a starting place at Stamford Bridge, making only five league starts over a two-year period.