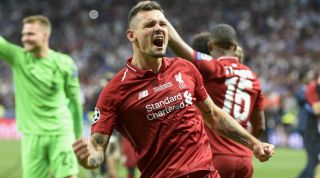 Liverpool are not in any hurry to sell Lovren, according to The Times.

AC Milan have reportedly registered an interest in Lovren but are yet to directly contact Liverpool.

Frederic Massara is believed to be taking over as Milan's new sporting director after Leonardo left for PSG.

During his days at Roma, Massara was reportedly keen on Lovren and tabs on the player have been carried over to the San Siro.

Milan, who are also seeking a new manager following Gennaro Gattusso's departure, are reluctant to spend having failed to secure Champions League football.

Quiz! Can you name every player used by England in the 2018/19 Nations League?