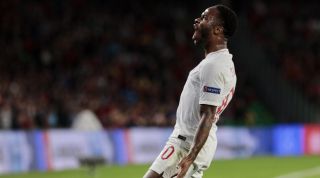 Remember the Nations League? Cast your minds back. It was a joke tournament – a Mickey Mouse Cup, to definitely coin a phrase – full of glorified friendlies, which every team other than England took seriously. And England still came third.

While it was so insignificant that you may have forgotten it (you can’t even remember the name? It’s right there, in the previous paragraph. Nations League, guys, c’mon), it actually only finished two days ago. No, really. You probably only didn’t realise that because of how insignificant it truly was, and you never cared about it at all. Even when England beat Spain and looked amazing.

The fact that none of us ever cared about it is what makes this quiz so hard: otherwise it would just be naming 25 players used in England’s most recent tournament, and that would be easy.

No, in this we want you to name the 25 players used by England in the Nations League. Completely different. Unused substitutes don’t count, and you’ve got six minutes to get them all.

Send us a screenshot of your score once you’re done (no answers, now) to @FourFourTwo and challenge a mate while you’re at it. Good luck – you might need it, given how much none of us cared about the Nations League, ever.

Quiz! Can you name the 30 highest transfers OUT of the Premier League?