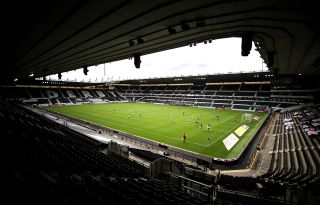 Derby have avoided a points deduction after having charges for a breach of spending rules dismissed.

The Rams were charged in January for recording losses in excess of the permitted amounts for the three-year period ending June 30, 2018.

Central to the EFL’s charges was Derby’s £80million sale of Pride Park to owner Mel Morris before the club leased it back.

But an Independent Disciplinary Commission has ruled in the club’s favour.

A club statement read: “Derby County is delighted at the outcome and will, at this stage, not make any further comment relating to the matter and the full focus of everyone at the club is now on preparations for the upcoming 2020/21 season.”

Last month Sheffield Wednesday were hit with a 12-point deduction for the 2020-21 season for breaking spending rules.

In March 2019, Birmingham City were deducted nine points by the EFL for breaching profitability and sustainability.