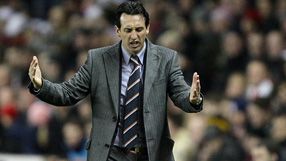 A worst case scenario could see them denied a place in the Europa League semi-finals by AZ Alkmaar, and shoved out of third place and La Liga's last Champions League automatic qualification slot.

Valencia trail AZ Alkmaar 2-1 ahead of Thursday's second leg at the Mestalla, where fans have whistled them off in their last few home games, while their flagging league form has seen them notch only three wins in their last 14 outings.

A surprise victory at the Bernabeu, however, could boost the standing of one of La Liga's longest serving coaches, who is not expected to renew his contract at the end of the campaign should he survive until then.

"I am used to the speculation over my future," Emery said on Wednesday. "I continue with my work and take no notice of it, and I don't see the players affected by it either."

Sunday's opponents Real, who booked their place in the Champions League semi-finals on Wednesday, are closing on their first title in four years and maintain a six-point lead over chasing Barcelona with eight matches left to play.

Jose Mourinho's men have 78 points from 30 matches and with 100 goals scored to date have the league record of 107 set by John Toshack's Real side in 1990 well within their reach.

Valencia are 30 points back in third, just one ahead of fourth-placed Malaga, who host second-bottom Racing Santander on Monday night.