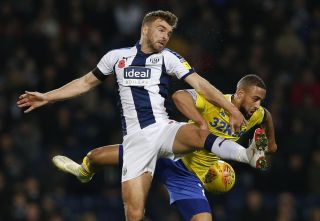 Former West Brom and Scotland midfielder James Morrison has announced his retirement at the age of 33.

But Morrison, who left The Hawthorns in the summer, will be returning to the club to take up a coaching role with the club’s academy.

He told the Baggies’ website: “It’s been really hard to make this decision. Football has been my life for so long. It’s difficult to say goodbye to that.

“Having said that, being offered the opportunity to return to this club to begin some coaching has helped me come to terms with my playing days coming to an end.

“I loved playing here. It’s easy to take it all for granted, but I really have loved my time here, so to be able to extend that in a non-playing capacity is great.”

Morrison started his career at Middlesbrough before joining Albion in 2007, going on to make 341 appearances for the club and scoring 39 goals.