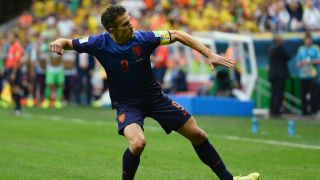 Belgium and England meet for the second time in this World Cup on Saturday, as they face off for the bronze medal at Russia 2018.

Their game in the group stage was something of a dead rubber given they had already qualified for the knockouts, and each side took the opportunity to rest some key players. It made for a less-than-enthralling spectacle.

The fear, of course, is that this match in St Petersburg could be even worse. The World Cup's third-place play-off is that most peculiar of games that nobody wants to be involved in, yet feels somewhat obliged to win.

The peculiar nature of it has made for some interesting spectacles down the years. Some have been, well, not entirely era-defining events, but others might just reinforce your faith in the match taking place...

Last night was tough to take – but now let's end this incredible with another amazing experience.See you on Saturday, .July 12, 2018

Leonidas, restored to the line-up after missing the semi-final loss to Italy, struck twice to give Brazil the win and claim the Golden Boot in the process. It was an apt curtain-call from arguably the Selecao's first in a long line of World Cup stars.

Still the best third-place game, and inspired by its finest individual performer. Just Fontaine ran riot, scoring four times to take his tally for the tournament to a frankly ridiculous 13, a record to this day.

Having lost to Poland in the same game four years earlier, France responded with a thrilling victory in Puebla. Goals from Bernard Genghini and Manuel Amoros sealed the win in extra time, in the only third-place play-off to go beyond 90 minutes.

The two surprise packages of 16 years ago served up a treat in Daegu. There were three goals in the first 13 minutes, including one from Hakan Sukur after 10.8 seconds, the fastest World Cup goal in history.

A spectacle, if not a contest. Brazil seemed to be in national mourning after their 7-1 destruction by Germany in the semi-finals, and Louis van Gaal's Netherlands showed no mercy in a slick display.

We gave it our all, but sometimes that's not enough. Thank you all for your support, you've been amazing the last couple of weeks. Now, let's get that 3rd place!  July 11, 2018

The hosts were wounded from losing to Brazil in the last four and did not really rise to the occasion. Eladio Rojas scored in the 90th minute and everybody moved on.

Jose Torres struck a late winner after Eusebio's penalty had been cancelled out by Eduoard Malofeyev, but nobody at Wembley seemed to be paying much attention given the hosts were playing in the final the next day.

Gerd Muller needed a hat-trick to equal that Just Fontaine record for goals at a single World Cup, but he did not manage to score one. Wolfgang Overath secured bronze for a team who really did feel they should have been in the final.

Champions four years prior, a Brazil side in transition had scarcely impressed throughout the tournament and lost third place to Poland thanks to a strong run and scrappy finish from Grzegorz Lato.

England's last appearance in this game ended in ignominy for record caps-holder Peter Shilton, who was robbed of the ball by Roberto Baggio for the opening goal on his last international outing. Italy ended up only moderately happy hosts.