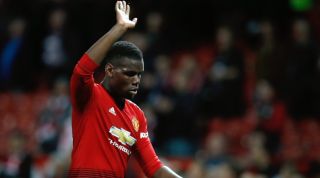 Bayern Munich have set their sights on Manchester City’s Leroy Sane and seem confident of securing the 23-year-old’s signature in the summer, the Mirror reports. The Bundesliga side have increased their interest in the attacking midfielder as they search for replacements for Franck Ribery and Arjen Robben.

With Paul Pogba seemingly open to leaving Manchester United this summer, the club have set their asking price at £138 million, according to the Daily Star. Having seen his game turnaround under Ole Gunnar Solskjaer, former club Juventus and Paris St Germain are said to have been keeping tabs on the France international.

RB Leipzig striker Timo Werner could be up for grabs in the transfer window, the Mirror says. With one year left on his contract, Liverpool are reportedly considering making a swoop for the 23-year-old. But the Premier League runners-up could face competition from Bayern Munich, PSG and Borussia Dortmund.

Barcelona’s Malcom has caught the attention of both Arsenal and Tottenham, the Sun reports, as the LaLiga champions reportedly look to cash in on the 22-year-old Brazilian. He arrived at the Nou Camp under a £36million deal but Barcelona are now said to be looking at ways to bring in Atletico Madrid forward Antoine Griezmann.

Joao Felix: Manchester United look to be upping the ante in their bid for the Benfica star, with the Red Devils willing to pay a £105million release clause, Portuguese paper Record says.