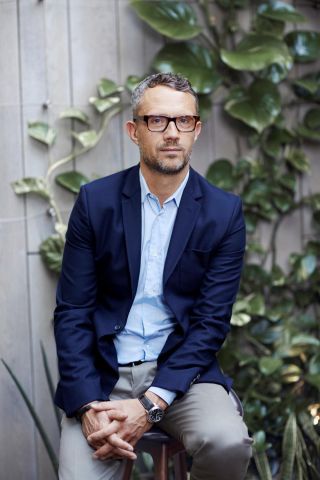 David Pemsel has been chosen as the man to lead the Premier League into a new decade.

The 51-year-old’s appointment ends a long search to find a permanent successor to executive chairman Richard Scudamore, who drove the league’s huge commercial success over the last 20 years before retiring in November 2018.

Pemsel, a Chelsea fan, will take up his new role no later than April 2020, with interim chief executive Richard Masters reverting to his post as managing director at that point. Pemsel is currently chief executive of the Guardian Media Group.

The Premier League is pleased to announce David Pemsel as its new Chief Executive. His candidacy was approved unanimously at a special meeting of Shareholders held today: https://t.co/YXdZTB0xKEpic.twitter.com/CnP6d7bMpy— Premier League (@premierleague) October 2, 2019

Susanna Dinnage was initially appointed as chief executive in November of last year but withdrew from the role to return to her old post with the Discovery television group.

Senior BBC executive Tim Davie was also reported to have turned down the chance to succeed Scudamore.

“At the Guardian, he has shown strong leadership through a period of change and transformation.

“Returning the group to profit is an impressive achievement and has demonstrated that he can develop and execute a transformational plan in an ever-changing business landscape.

“In addition, he has worked with the big players in digital and media and has managed diverse groups and constituencies.

“We are looking forward to working with David and are sure he will be a great asset to the Premier League.”

Pemsel is credited with transforming the fortunes of the Guardian and returned the group to profit in its news business for the first time in 20 years in 2019.

He said of his new role at the Premier League: “I am thrilled to have been offered this incredible opportunity.

“The Premier League is the most-watched football league in the world and I am very excited to be a key part of that.

“As a football fan, I understand just how important the game is to supporters and our national identity and I am honoured to take the helm of such an influential and prestigious organisation.

“I have enjoyed my eight years at Guardian Media Group and want to thank everyone for their support and friendship, but now is the perfect time for me to take on the next challenge. I am really looking forward to meeting the team and working with them on the evolution of the Premier League.”

The Premier League will hope Pemsel’s strong broadcasting background, having also served as marketing director at ITV before moving to the Guardian, will help it continue to thrive in a changing media environment, after Scudamore helped secure a series of lucrative domestic and overseas television deals.