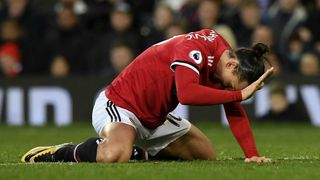 Ibrahimovic, 36, made his return from a serious knee injury earlier this season and has featured seven times in all competitions.

However, the veteran has started just twice and scored one goal, with the 2017-18 campaign appearing set to be Ibrahimovic's last at United.

Mourinho believes Ibrahimovic can still perform at the top level, although he said the striker was nearing the end.

"I was his manager when he was 29 at Inter Milan. We can’t stop time, and for players time means a lot," he told UK newspapers.