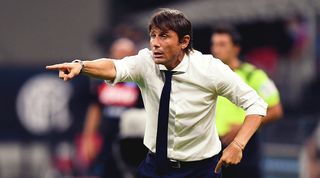 Two big guns of the Europa League come face to face with each other in Germany tonight, as Bayer Leverkusen play Inter Milan in the last eight of the tournament.

After finishing a point behind Juventus this season, Inter are looking for some silverware in Antonio Conte's first season. Leverkusen, meanwhile, could well be gutted this summer for their stars, with Kai Havertz, Leon Bailey and Edmund Tapsoba all wanted by European giants. It could be now or never for both.

Kick-off is at 8pm BST and the game is being shown on BT Sport 2 in the UK. See below for watching details where you are.