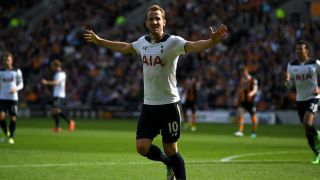 Harry Kane has won the PFA Fans' Premier League Player of the Season prize ahead of Chelsea duo N'Golo Kante and Eden Hazard.

The Tottenham striker, who won the Golden Boot after scoring 29 goals in the top flight, finished top of the public poll with 16,378 votes.

Kante, who won the PFA Players' Player of the Year and the Football Writers' Association prize for 2017, finished second on 13,515 votes.

More than 49,000 votes were then cast in a public ballot to decide the winner.