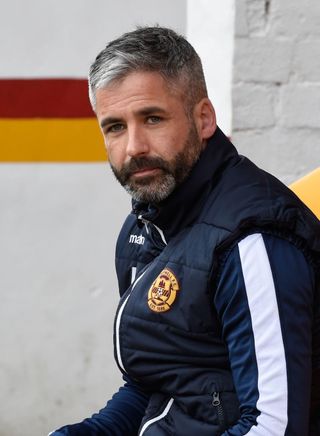 Keith Lasley wants Motherwell to reignite their season with a win against St Mirren on Tuesday night.

The Steelmen have not won in seven games in all competitions but their goalless draw in the Ladbrokes Premiership against Hamilton at the weekend took them a point ahead of Aberdeen in third place.

Stephen Robinson’s side are no strangers to the Buddies – a week ago Motherwell were knocked out of the William Hill Scottish Cup at home by the Paisley side in a penalty shoot-out after a 4-4 draw – but assistant manager Lasley is looking to get back on the winning track.

He said: “What comes off the back of winning is yes, we would be sitting four points clear in third position.

“But what is more important to us is win the game, particularly in front of our own fans, and get back to that energy and cohesion in the team, the way we attack, the way we defend as one.

“If we get back to near our best hopefully, if we can do that, we will have a decent end to this season.

“They (St Mirren) are a familiar foe over the last few weeks and we know their threats.

“You only have to look at the game last week to realise if we give their dangerous players too much space they can hurt you.

“But likewise, they know our threats and in the previous meeting we have shown that and it is up to us to show that again in front of our own fans.”

Lasley revealed that striker Chris Long apologised to his team-mates after being sent off against Hamilton at the weekend for picking up two yellow cards in the first half, which means he misses the visit of the Buddies.

He said: “The manager spoke to him, he has apologised to his team-mates.

“He knows he has made a mistake but has been man enough to own up to that.

“The players pulled together really well with 10 men and to go to your local rivals and dig out that result shows you the strength of the group as a whole.

“Chris knows he made the mistake, he has apologised for it and we move on.”