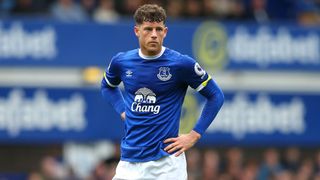 Ronald Koeman has told Ross Barkley he expects the attacking midfielder to make a decision on his Everton future in one week or the Toffees will be forced to sell the England international.

Barkley is reported to have a new contract offer on the table, with his present deal having a year to run.

However, the 23-year-old is thought to be weighing up his future at Goodison Park, with Arsenal and Tottenham said to be contemplating a move.

Everton have just two matches remaining in their season and Koeman feels the time has come for Barkley to make up his mind.

"The board is already working a long time [in the hope that] Ross will stay for a longer period," the Dutch manager said ahead of Friday's Premier League clash with Watford.

"It's up to the player but we don't wait until August. Next week we need an answer, if we go for a holiday, he will [either] accept a contract or we will sell the player.

"I think if you need [this much time] then you have doubts."

RK: "We know the board and Club have big ambitions to take the next step. We all know it will be difficult." May 11, 2017

Asked if Barkley continuing to delay his decision is a concern, Koeman replied: "No, because I like to work with players who like to stay and we are already trying to get players in for next season in the front positions.

"I don't know it's up to the player and he needs to make a decision."