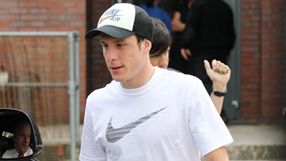 "We are really excited about Angelo because he is a very young man with huge potential," manager Roberto Martinez told the club's website on Wednesday.

"He is a goal-scorer with clever movement inside the box. We hope to have a good partnership in terms of allowing Angelo to develop as a footballer and learn the demands of the English game."

Henriquez, who scored on his international debut in a friendly against Serbia last month, joined United from Universidad de Chile in the close season.

Wigan are third from bottom in the league after losing 4-0 at home to United on Tuesday.