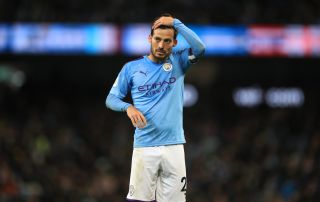 Lazio sporting director Igli Tare has said he has no respect for David Silva as a man after his decision to snub the club in favour of a move to Real Sociedad.

The Spaniard had been on the verge of a free transfer to Lazio but the Serie A side have been left angered after Silva neglected to tell them he had rejected their contract offer before securing a return to Spain.

Lazio issued a curt 21-word statement on their club website on Tuesday in which Tare did not hold back in his criticism of the former Manchester City playmaker.

“I learn about David Silva’s transfer to Real Sociedad. I have great respect for the player, but not for the man,” said Tare.

ℹ️ OFFICIAL ANNOUNCEMENT| We are delighted to announce the signing of @21lva. The player joins Real as a free agent until June 30, 2022.#WelcomeDavid#AurreraRealapic.twitter.com/PtqIkt4nJR— Real Sociedad (@RealSociedadEN) August 17, 2020

After City’s elimination from the Champions League by Lyon on Saturday night, Silva was officially free to sign for a new club and Lazio appeared to be in pole position for his signature.

However, Sociedad announced on Monday that the 34-year-old had instead opted to return to LaLiga and signed a two-year contract with them.

Silva spent a decade at City, making over 400 appearances for the Premier League side and winning 11 major trophies.

City also announced on Monday that Silva will be receiving a statue outside the Etihad Stadium in recognition of his service at the club.