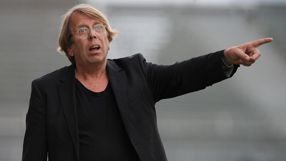 The 64-year-old, taking charge of a record 31st match at his seventh tournament, was unable to guide his side to the quarter-finals as he failed to add to his run of top-two finishes in the group stages of his previous six finals.

A 1-1 draw with Mali in their final Group B match left Congo third in the standings behind Ghana and their opponents, and out of the tournament following three successive stalemates.

Le Roy did not answer a direct question about his future during a post-match conference but when asked later if he was heading back to Kinshasa, the Frenchman said: "It's finished".

Le Roy had threatened to quit on the eve of the finals in solidarity with players and staff over unpaid appearance money, and he frequently criticised the poor organisation surrounding the team.

However, he took a conciliatory tone in what sounded like a valedictory address to reporters after Monday's match in Durban.

"It is sad to be out of the competition, especially as we did not lose. It's been a pleasure to work with the players but this is the end of a great adventure," he said.

"It's frustrating to lose but that's the reality. We never really had enough experience in our side. If we did, we would have closed out our previous match against Niger and won that to be in a much stronger position going into our last group game."

Congo needed to win their final group game to advance and despite converting an early penalty, their fate was sealed when they were unable to score again after Mali had equalised.

"Congo is a massive country with a deep passion for the game. It's a quality national side that will get better in time," he added.

Le Roy's long association with the Nations Cup finals stretches back to the 1986 tournament with Cameroon, who he won the title with two years later. He has also coached Senegal and Ghana to semi-final places.