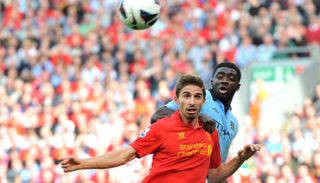 Toure, 32, has played in the Premier League since 2002 and enjoyed a successful spell at Arsenal before joining City in 2009.

"Liverpool Football Club can today announce they have agreed a deal in principle with Kolo Toure to join the club on July 1," the club said in a statement on their website.

The Ivory Coast international had become a bit-part player in his final season at the Etihad Stadium, playing only 15 times in City's failed effort to defend their Premier League title.

He will add experience to Liverpool's defensive ranks following the retirement of club stalwart Jamie Carragher at the end of last season.