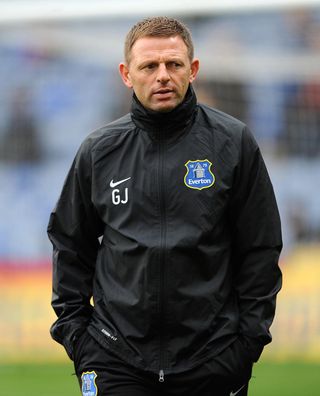 Newly-promoted Luton have announced former Everton assistant manager Graeme Jones will lead them in the Championship next season.

Jones has agreed a three-year deal at Kenilworth Road and will start next week, following the conclusion of the regular League One season.

The 49-year-old replaces Mick Harford, who successfully led Luton to the second tier but will step down at the end of the season.

“Graeme is a very highly regarded coach and assistant amongst his peers and has caught our eye over the last few seasons as someone who is very hard-working, very methodical and thorough in his approach, and a coach who sets his teams up in a manner Luton players and supporters will be accustomed to.

“We are very much looking forward to Graeme leading us into our next few chapters as a Championship club.

“We’ve been extremely fortunate to have Mick at the helm to see the job through, alongside our first team coaching staff.

“They have done a truly wonderful job, with Graeme working in the background, without any thought of interference to the current set-up, to ensure we have a head start with regards to recruitment for next season.”

Jones had been working as assistant manager to Darren Moore at West Brom following their Premier League relegation before they parted company with their management team in March.