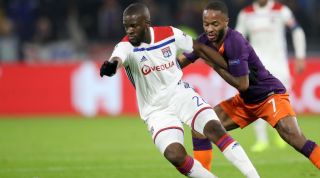 Manchester United have made contact with Tanguy Ndombele's entourage, according to L'Equipe (via GFFN).

The French midfielder is one of Europe's most sought-after midfielders and it was thought that PSG were leading the race, although Totenham have also been tracking him for some time.

Notorious Lyon president Michel Aulas is reportedly resigned to losing Ndombele, even if his destination were the big-spending Ligue 1 rivals.

But with United facing the possiblity of losing Ander Herrera on a free transfer to PSG, they may seek to snatch Ndombele from under PSG's noses.

Reportedly, a lot also depends on the future of Paul Pogba, who is a target for Real Madrid, and United's general competitiveness: Champions League qualification, for example.

Ndombele, 22, is valued at around €80m, so he won't come cheap - especially if a bidding war ensues.

Unpopular Opinion: Why the ‘Manchester United Way’ is becoming the biggest myth in English football

Quiz! Can you name the three most expensive signings for every Premier League club?