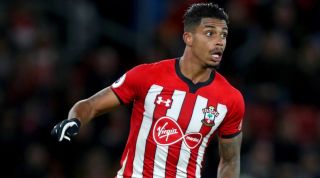 The midfielder didn’t travel with Saints' squad to their pre-season training camp in Austria amid links with Manchester United.

Reports on Wednesday said that the Red Devils had been given permission to hold talks with the former Juventus player about a possible move, but Arsenal are also believed to be interested.

"I am physically preparing myself at the training centre, with a few other players including Charlie Austin and Jordy Clasie," Lemina said to France Football.

"I did not accompany the team in training in agreement with the coach. He wants to build his group with the players who want to stay at the club, so he left me out.

"As early as last year, I had set my conditions: I wanted to go elsewhere this summer. I was also very frustrated by my injury that lasted four months, so I really want to discover something else."

When asked if his aim was to stay in the Premier League, the Gabon international said: “It is a very interesting league. The best for me would be to stay there, but I do not close the door to any club or country.

"Today, after four months of injury, I am not targeting anything in particular. I aspire to play for the biggest clubs, now we will see what happens.

"I had chosen to leave Juventus for Southampton to have more play time, I got it. I made a good impression in England, I had good returns at a certain time, so I hope clubs will not have a short memory."

Lemina made 21 Premier League appearances for Saints in 2018/19 but missed four months of action between January and April with an abdominal injury.