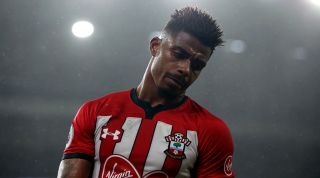 The Mirror says Bournemouth expect Callum Wilson to sign a new four-year deal next week to ward off interest from West Ham. The England striker has been targeted as the Hammers look to be losing out to Valencia in the race for Celta Vigo marksman Maxi Gomez.

Manchester United have been given permission to speak to Mario Lemina over a potential move, according to the Express. Lemina, who has said he would be open to leaving Southampton, is said to be wanted by both United and Arsenal.

And United’s problems are said to be growing as Victor Lindelof’s agent hints the defender wants to join a “great European club”, according to the Telegraph. Lindelof’s agent has suggested that the Swede could be open to a move amid interest from Barcelona.

Bayern Munich remain determined to sign Leroy Sane this summer, according to the Mirror. The Bundesliga champions have so far been scared off by Manchester City’s £90 million valuation but the 23-year-old Germany winger is still expected to be a high-profile casualty of manager Pep Guardiola’s off-season surgery on his title-winning squad.

Paul Pogba: The 26-year-old will be asked by Ole Gunnar Solskjaer to stay at Manchester United for one more year before quitting, The Sun says.

Christian Eriksen: The midfielder is due at Tottenham for training after his wish to leave brought no bids, according to the Guardian. The midfielder had reportedly said he wanted a new challenge.