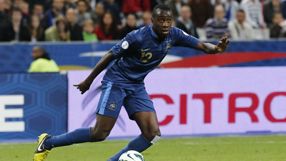 Matuidi was a member of the squad at Euro 2012 where Samir Nasri was hit with a three-match suspension for insulting a journalist and Jeremy Menez was also sanctioned for abusing a referee.

Two years earlier, France's World Cup campaign in South Africa disintegrated when the squad went on strike and were then knocked out in the first round.

"We learned the lessons from what went wrong during the last two competitions," Matuidi told Reuters in an interview.

"Everybody make mistakes. The important thing is not to make those mistakes again and learn from them.

"That is what we've been doing. All this is behind us now."

The 2010 debacle cost coach Raymond Domenech his job and his replacement, Laurent Blanc, was unable to restore order.

Blanc left the job after France were knocked out in the 2012 Euro quarter-finals by eventual champions Spain, and his replacement Didier Deschamps has been quick to stamp his authority on the squad.

Deschamps, a former France captain, decided Nasri needed "more time" away from the national team before he would be considered for a recall and was not named in the squad to face Japan in a friendly and Spain in a World Cup qualifier.

"Some rules have been set, we have to abide by them. We need to have a new image, that's the truth. And for now, it's working," said Paris St Germain's Matuidi.

"We know we have to be beyond reproach, on and off the pitch. Since Euro 2012, some things have already changed."

Hatem Ben Arfa and Yann Mvila, the other Euro troublemakers who got away with just a warning from their federation, have not been called up by Deschamps since he took over.

"I have set some firm ground rules. They won't help you win matches, but it's a start," Deschamps said in August.

Matuidi, who has six caps, is now focused on helping France qualify for the 2014 World Cup.

"That is what matters now," he said.

"I was at Euro and I can tell you everything was fine between us. The atmosphere within the squad was good. We are not bad boys."

France take on Japan at the Stade de France on Friday before travelling to Madrid to face World and European champions Spain in a World Cup qualifier on October 16.

'Les Bleus' lead Group I with a maximum six points from two games, while Spain are second with three points from their only fixture so far.