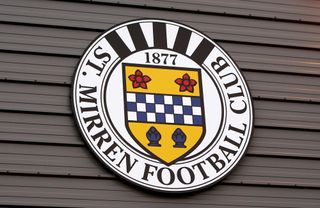 St Mirren defender Conor McCarthy will be able to draw upon a healthy cup pedigree from back home in Ireland as he prepares to face Aberdeen in the William Hill Scottish Cup quarter-finals.

The 21-year-old centre-back enjoyed more than his fair share of cup success with Cork City before he moved to the Ladbrokes Premiership club in January.

Ahead of Saturday night’s last-eight showdown with the Dons in Paisley, the Irishman was asked about his  record.

He said: “After I joined Cork I was in four (FAI) cup finals and we won two
so the cup record in Ireland has been pretty decent to be fair.

“(St Mirren team-mate) Jamie McGrath, who played for Dundalk, and I were talking about cup runs for us, we were probably the top two teams in Ireland so it was Cork and Dundalk every year.

“So I don’t think it will be anything new to us.

“Don’t get me wrong, it is going to be a very tough game at the weekend.

“We know the quality that Aberdeen have, they showed their quality at our place a couple of weeks back.

“But being only one game from Hampden (semi-final) is more than enough incentive for us to really put in a big performance.

“The cup can be a massive part of the season for the fans and we are all really looking forward to it.”

McCarthy has enjoyed the more physical side of Scottish football since moving across the water and he  looks forward to another tussle with Aberdeen’s Sam Cosgrove, whom he faced in a goalless Ladbrokes Premiership draw in Paisley at the end of January.

He said: “Sam is a great player and I am looking forward to battling with him again if we both play again at the weekend.

“I have been lucky enough to play every game so that has played a big part in me settling in.

“I am looking forward to playing as many games as I can between now and the end of the season.

“I think the physicality of the Scottish league has surprised me.

“A lot of the strikers are old-fashioned strikers, six foot plus, big strong men, although obviously I haven’t played against Celtic yet.

“As a defender you enjoy that part of the game.”