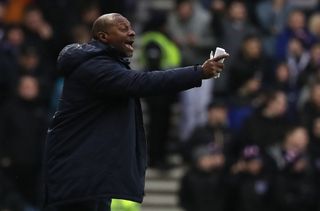 Kilmarnock have a strong squad available for the home game against St Johnstone on Saturday.

Goalkeeper Jake Eastwood is out for between two and three months with a pulled quad.

The Ayrshire men are still looking for their first Scottish Premiership win of the season following a defeat and two draws.

Saints will have Michael O’Halloran back following suspension.

Striker Stevie May is touch and go after missing the midweek defeat by Rangers while John Robertson took an ankle knock at Ibrox.

Zander Clark (knee), Murray Davidson (Achilles) and Chris Kane (calf) are getting closer to their first appearances of the season but will not be rushed.