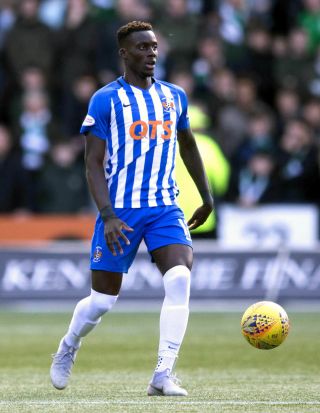 Mikael Ndjoli has joined Motherwell on loan until the end of the season.

The 21-year-old forward arrives at Fir Park from Premier League side Bournemouth, returning north of the border for the second time in his career.

Ndjoli was at Kilmarnock last season and Motherwell boss Stephen Robinson is glad to have him on board at the Lanarkshire club.

He told Well’s official website: “Mikael is quick, strong and gives us an option all across the forward line. He will immediately add competition for places.

“He’s already had experience of the Scottish league, which will be of benefit to us.

“Also, despite his age, he’s already been out on loan twice and got playing time.

“He’s already shown us the enthusiasm he has for this move since arriving on Monday.”

Ndjoli came through the youth ranks at Brentford and Millwall, before signing professional terms in July 2016.

He spent the first half of this season on loan at League One Gillingham and his move to Motherwell is pending international clearance.

Ndjoli said: “I’m really keen to get started at Motherwell.

“I’ve already seen how this club operates from my previous time in Scotland and I was immediately impressed again when I arrived on Monday. I can’t wait to get involved.”