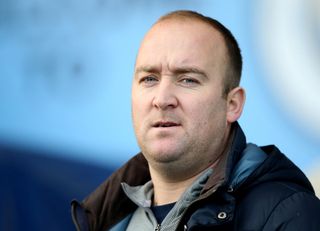 Manchester City Women’s manager Nick Cushing will leave his role at the start of February to become assistant to Ronny Deila at New York City FC.

The move will keep Cushing, who has won three Continental Cups, two FA Cups and one Women’s Super League title with City since their inception in 2014, within the City Football Group as he joins their MLS franchise.

“Making the decision to leave MCWFC has been incredibly difficult given the fantastic players and staff that we have here and the incredible success that we have achieved together – it isn’t one that I have taken lightly,” Cushing said on the City website.

.@nickcushing80 🗣 We’ve had an amazing six-and-a-half seasons and I have thoroughly enjoyed working with everybody – I will be extremely emotional to leave, but I’m very excited for my next role within the City Football Group. pic.twitter.com/g58YQ2s5X4— Manchester City (@ManCity) January 9, 2020

“We’ve had an amazing six-and-a-half seasons and I have thoroughly enjoyed working with everybody – I will be extremely emotional to leave, but I’m very excited for my next role within the City Football Group.

“Linking up with New York City and Ronny is a brilliant opportunity and I’m really looking forward to working in the MLS.”

Cushing’s final game in charge is due to be the Women’s Super League match at home to Arsenal on February 2.

The move from Manchester to New York has been a well-trodden path for coaches within the City Football Group.

Patrick Vieira and Domenec Torrent have previously served as New York City head coach after joining from the men’s set-up at City, with ex-Celtic boss Deila having replaced Torrent in New York earlier this month.