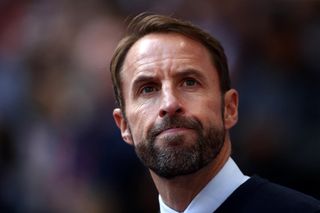 Gareth Southgate would like the European Championship finals to revert to 16 teams as the current qualification process lacks “jeopardy”.

For all the Three Lions’ ups and downs at major tournaments, the national team are on a 42-match unbeaten qualification run for either the World Cup or Euros.

England’s last loss came against Ukraine in October 2009 and few expect Kosovo to prevent that run being extended in Tuesday’s Euro 2020 qualifier at St Mary’s.

A sell-out crowd will be in attendance for a rare match with a sense of danger and Southgate admits the qualification system is far from ideal.

“It’s always dangerous to comment on that tonight when we have a game tomorrow that is a potential to drop points if we’re not right,” the England boss said.

“But, I think if I look across Europe in general, you’d have to say there isn’t enough jeopardy in the qualification process to make all of the groups as exciting as they could be.

“We saw the difference that the Nations League presented in terms of excitement for fans and the thrill of that.

“So, I’m taking tomorrow’s game out of the equation, because I think it will be an enjoyable game, the way they play, the way they press, the passion and enthusiasm they’ve got. It’ll make it a really good spectacle.

“But there are a lot of games, when I look across Europe, you’re going through the fixture list and I’m looking at the games each night and there’s maybe a couple each night that you really might want to tune in to.

“I just think we have to be careful that we don’t devalue… it’s hard because there are so many new countries now and so many countries to involve in the process, but we’ve got to do the right thing for the supporters as well.”

Southgate admits he has not got a solution as to how to inject competitiveness and jeopardy into qualification, but the England manager is “sure there’s a way of doing something” before the next European campaign.

One thing that the 57-cap former defender does believe has hampered the buzz around qualifiers is the increased number of teams progressing to finals.

And things only look to be getting worse on that front, with the 24-team European Championships to be followed by 48 teams playing at the 2026 World Cup – a steep rise from the 32 countries that have taken part since 1998.

“(There were) fewer teams qualifying for the finals, so when I was playing you had to win your group, and I think European Championships were only 16 teams so that makes a difference in itself,” he said.

“The first World Cup qualifying I was involved in, Italy were in our group and you had to win the group. Then there was a play-off for some of the better-placed teams.

“So, I think the big thing is the number of teams that get to the finals and I understand wanting to open that up to more, but I just think, if I’m looking at it from a football development point of view or an appeal of everybody else, then I would question whether it’s the right thing.”