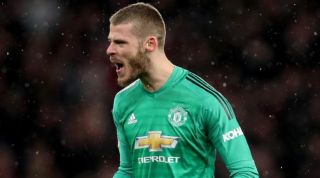 After the 1-0 defeat on Tyneside, De Gea said: "It's probably the most difficult time since I've been here. I don't know what's happening.

"We cannot score even one goal in two games. Sorry to the fans."

Speaking to Paddy Power, Ince was furious in his assessment of a downbeat De Gea.

"If you’re a United fan listening to your goalkeeper, one of the main leaders in the team, and that’s the interview you hear, you’d be right to be disgraced.

While some of Ole Gunnar Solskjaer's former colleagues have refused to blame him, Ince has been far more critical.

"The board should never have made the decision with Ole as quickly as they did," he said. "In my eyes, what had he achieved to deserve that job?

"He went to Cardiff and took them down, then he went to Molde. So what on earth makes the board think that he’s the right man for one of, if not the, biggest jobs in football?

"I’m looking at his staff, too, and aside from Micky Phelan they all seem so young. You have to wonder whether they’re just all out of their depth."

While not calling for his head directly, Ince was clear about who he thinks United should be looking to next.

"I always felt that Mauricio Pochettino should have been the man to take over after Jose Mourinho. He’s a top-class manager and people are calling him a risky choice, but Ole was the risky choice.

"If Pochettino showed interest, they'd have a lot to think about."